Boston Beer: A History of Brewing in the Hub by Norman Miller 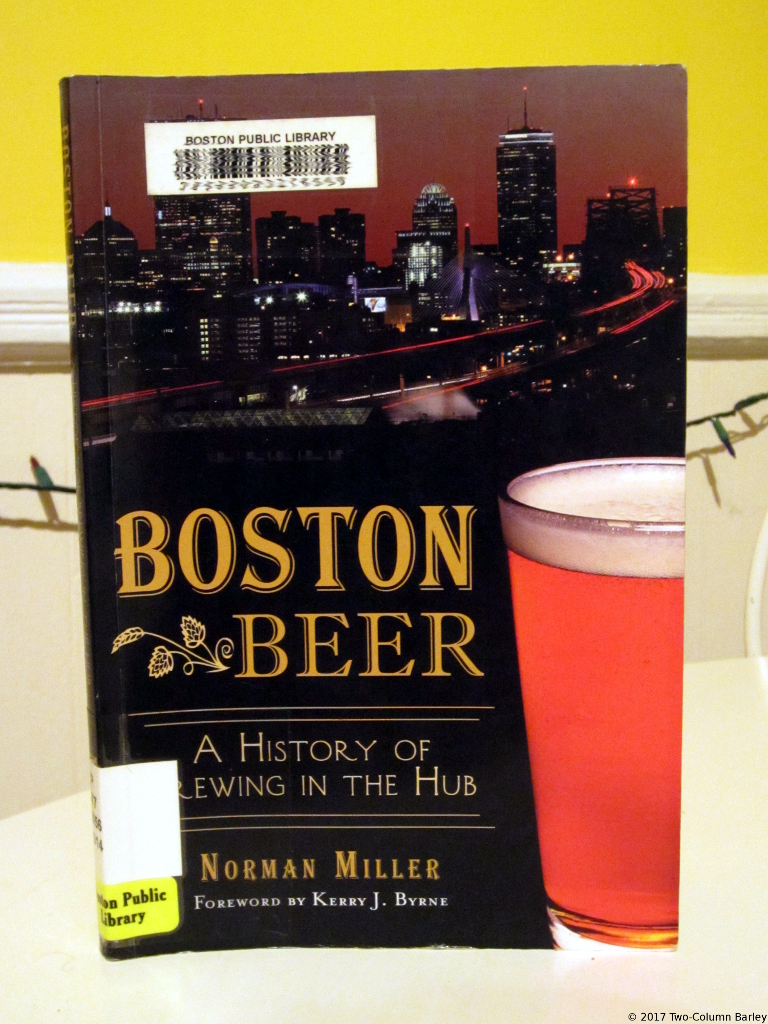 Boston Beer: A History of Brewing in the Hub by Norman Miller

Publisher: American Palate, a division of The History Press. 2014

Miller provides a brief but interesting history of brewing in Boston from Colonial times through Trillium. The book only focuses on Boston proper and does not address brewing in Cambridge or other nearby cities. There are chapters dedicated to Boston mainstays like Sam Adams, Harpoon, and Boston Beer Works, but I found the most compelling information in the chapters about the breweries of the 1800s and the 1990s. Both time periods saw a large increase in the number of breweries, but ultimately those numbers were reduced because of outside forces. Boston Beer: A History of Brewing in the Hub is a quick, but informative read that any brewer or beer enthusiast in the Greater Boston area or beyond will enjoy.