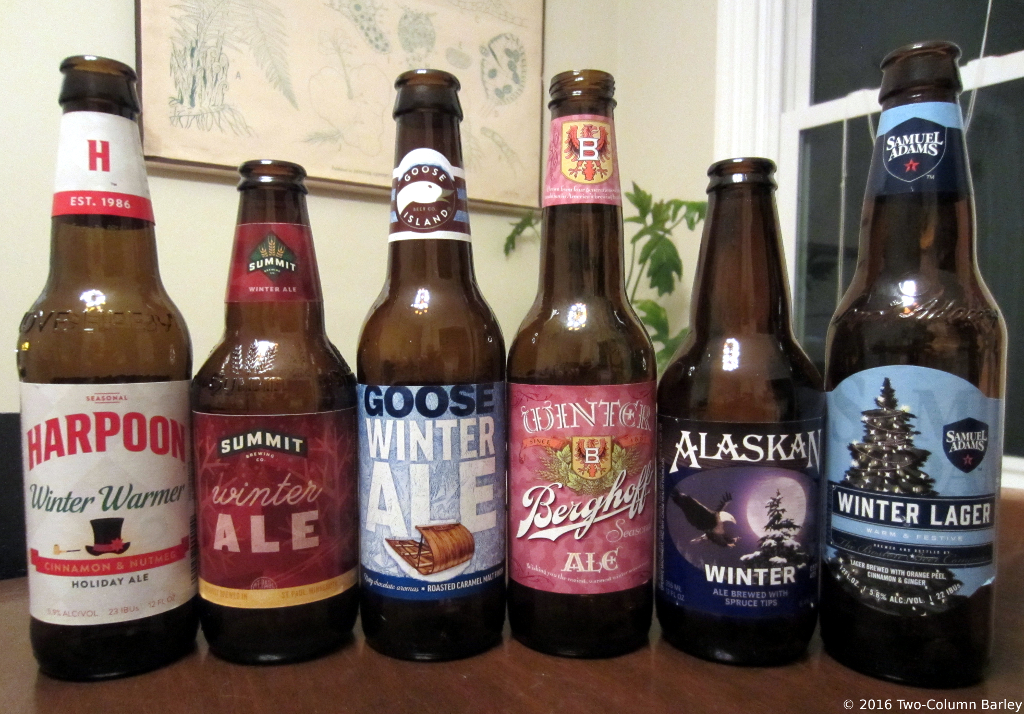 I conducted a blind taste test with four friends to try some of the many winter seasonal beers.  I knew which beer was served each round, but the other four tasters did not.  Before the tasting began, I read the 2015 BJCP style guidelines for Winter Seasonal Beers (30C) out loud and I asked everyone to rate the beers based on that definition. None of us are big fans of this style of beer, but we all enjoy Anchor’s Christmas Ale so I did not include that beer.