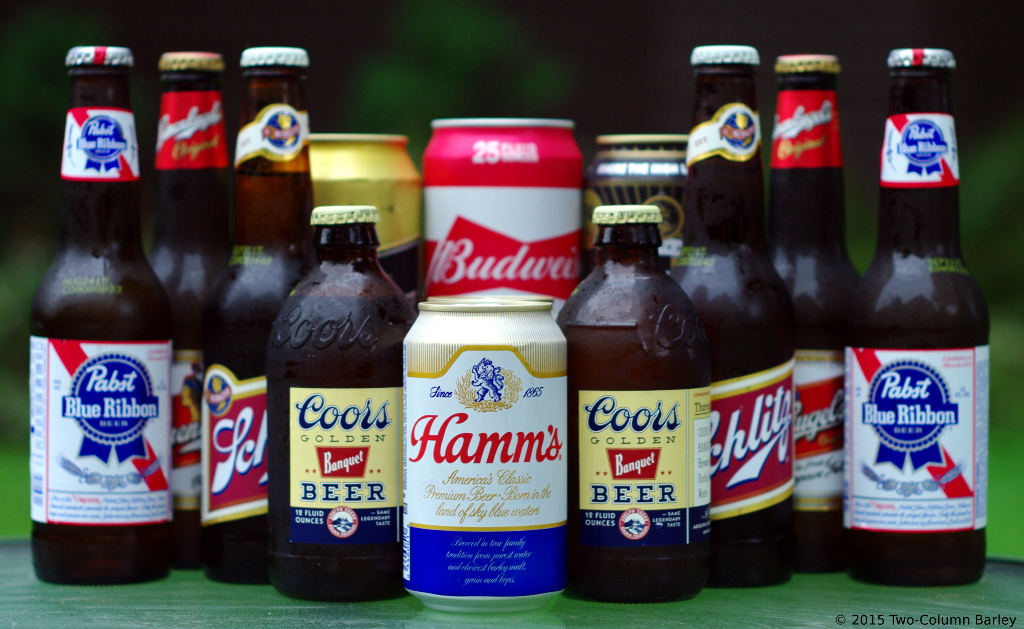 I conducted a blind taste test with four friends to determine the best macro Standard American Adjunct Lager.  I knew which beer was served each round, but the other four tasters did not.  Before the tasting began, I read the 2008 BJCP style guidelines for a Standard American Lager out loud and I asked everyone to rate the beers based on that definition.

7. Budweiser
– John: Sweet syrupy smell.
– Andrew: The aroma is more toward the unpleasant side. Higher end of carbonation.

Winner: Schlitz.  The beer that made Milwaukee famous was everybody’s favorite beer (except Ellen, who chose it as her second favorite). Schlitz was the only beer with truly noticeable hops and that helped set it apart from the rest and make it our clear winner.