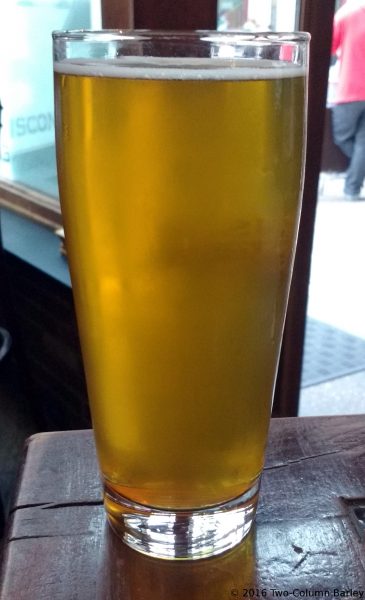 Flavor: Mild clean sourness in the begining, followed by mild maltiness in the middle. Sourness increases in the end along with minor hop bitterness and a hint of sweetness. Malt lingers for a bit in the aftertaste with the sourness lingering longer. 17/20