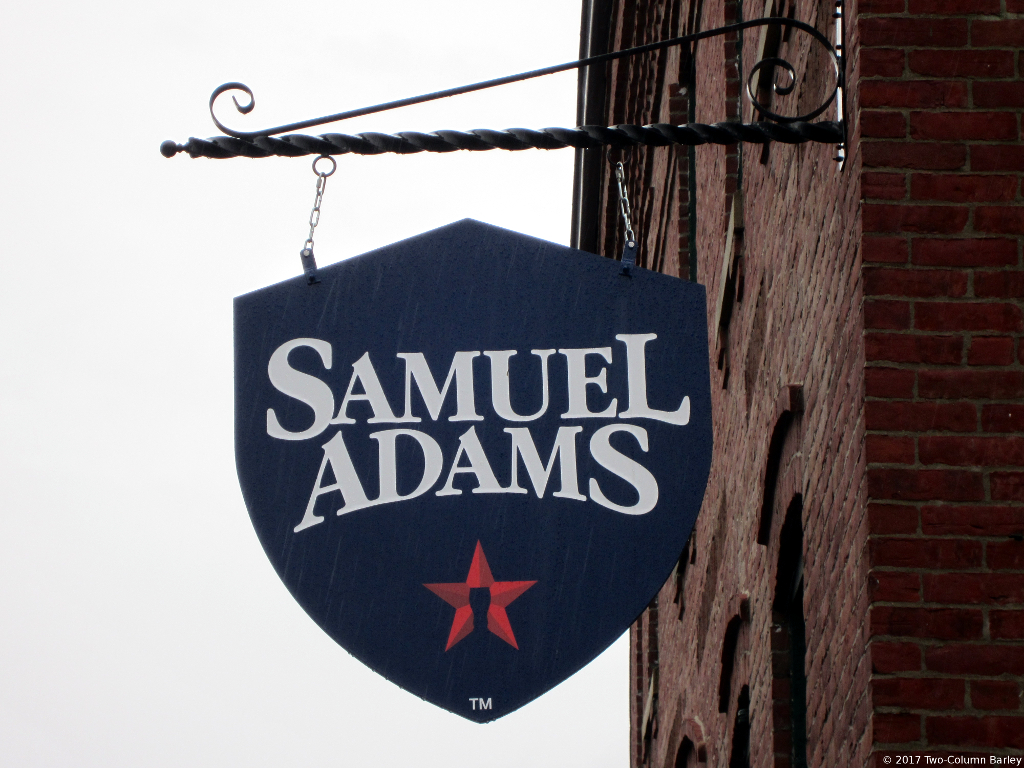 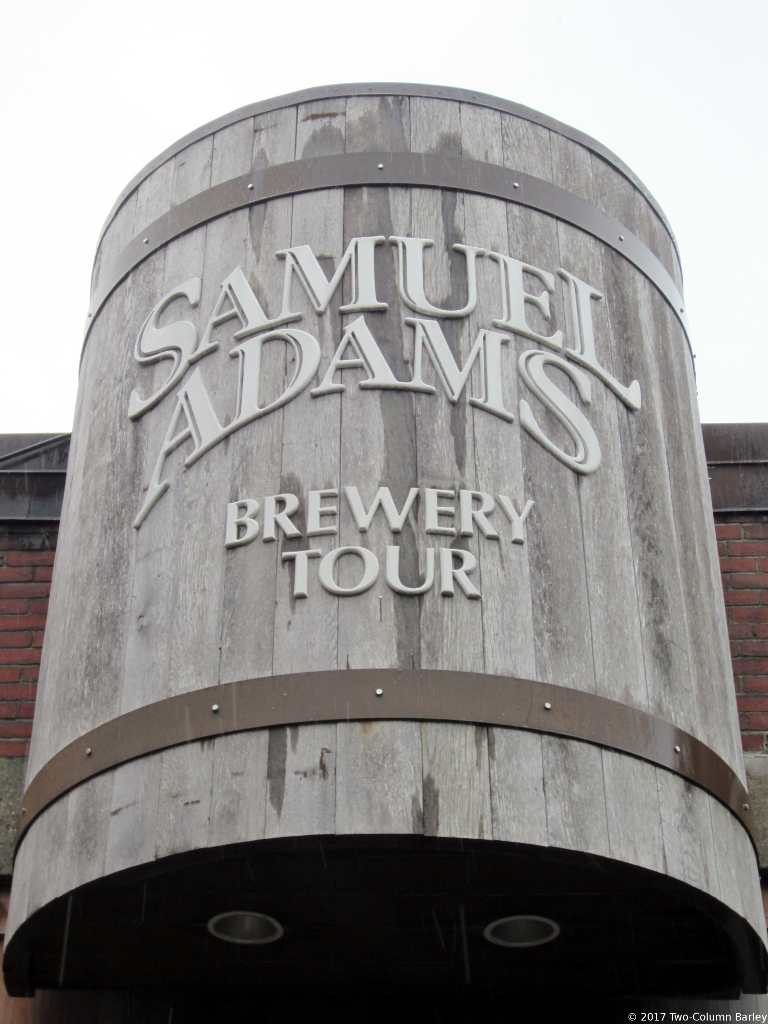 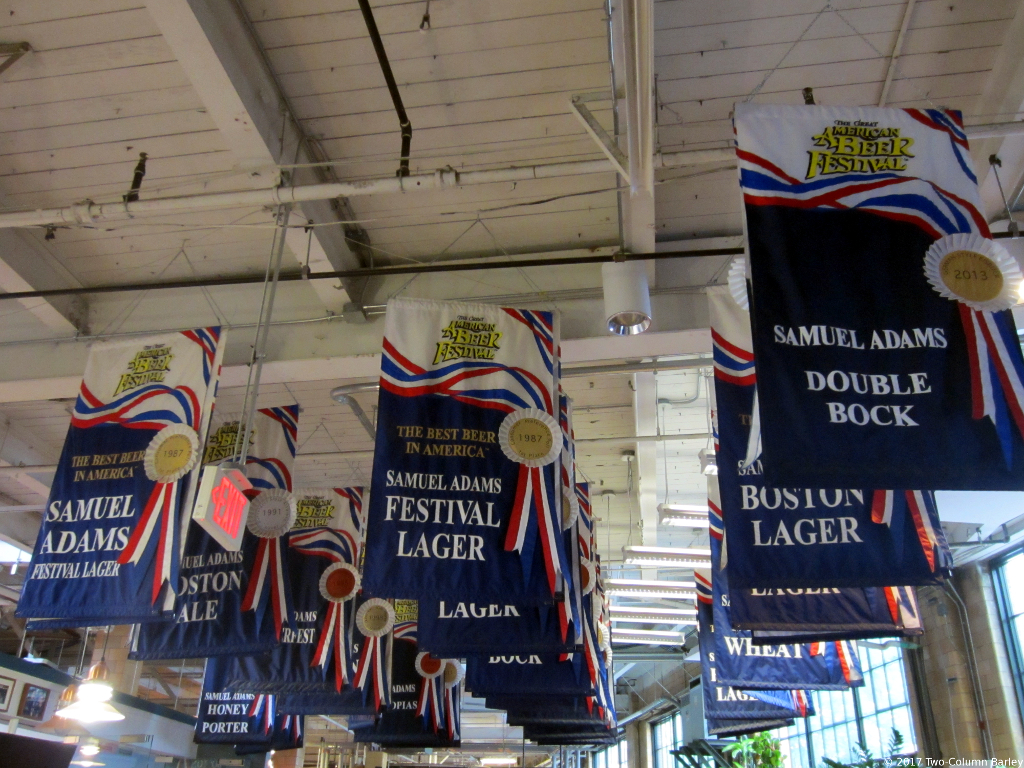 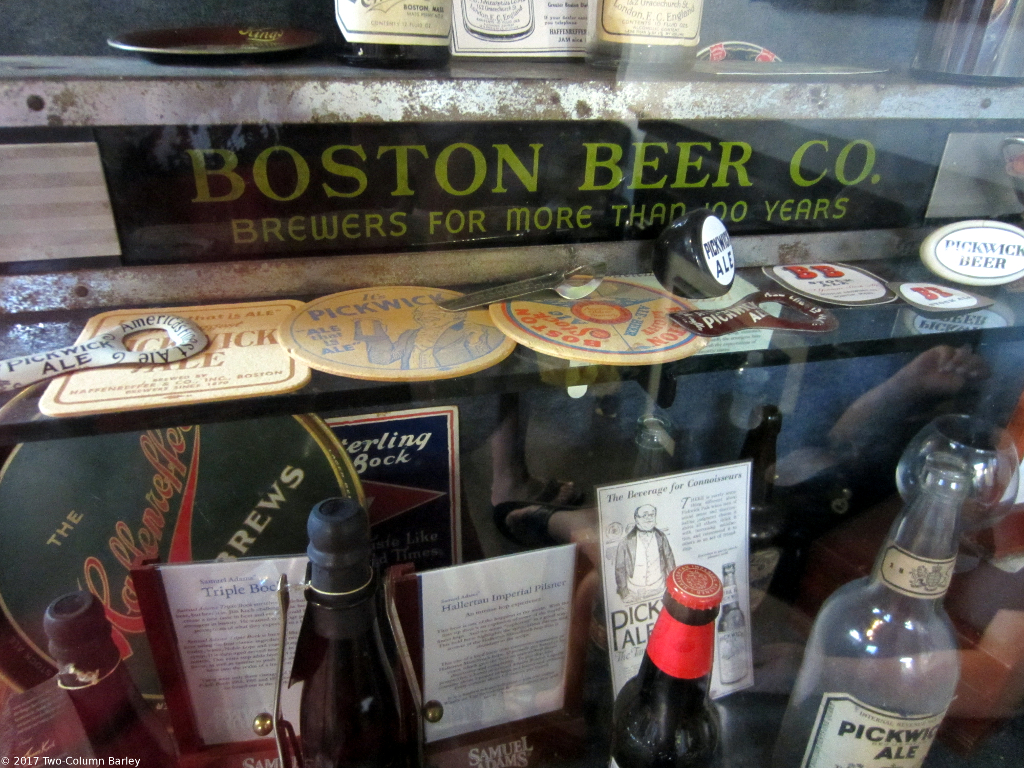 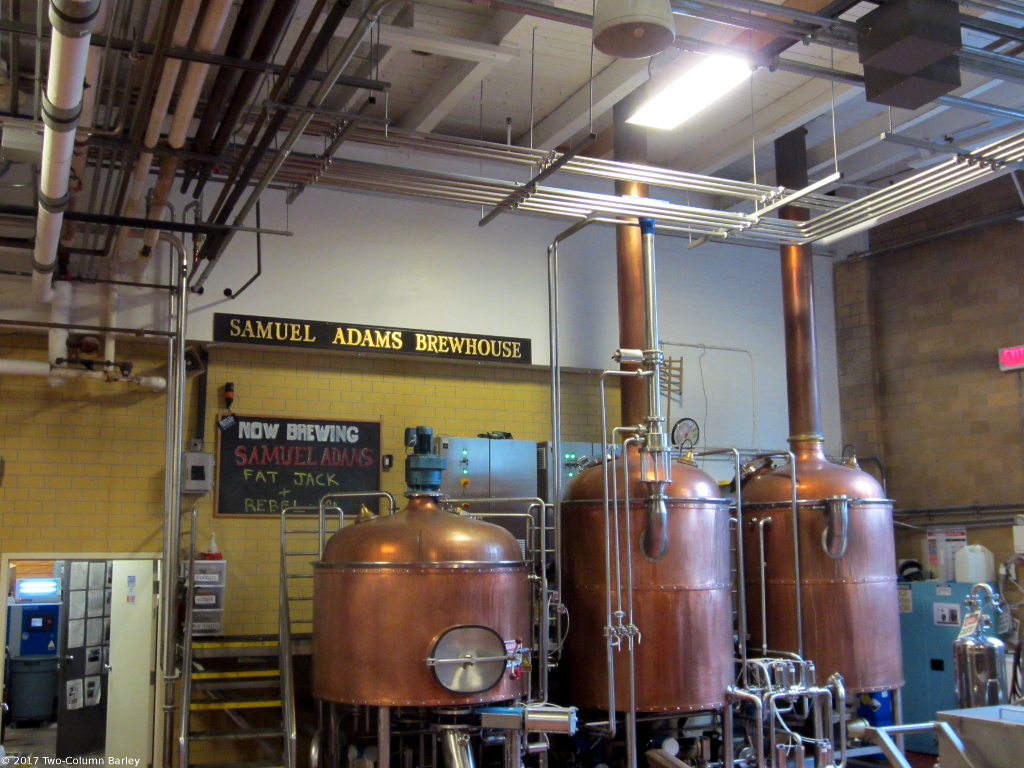 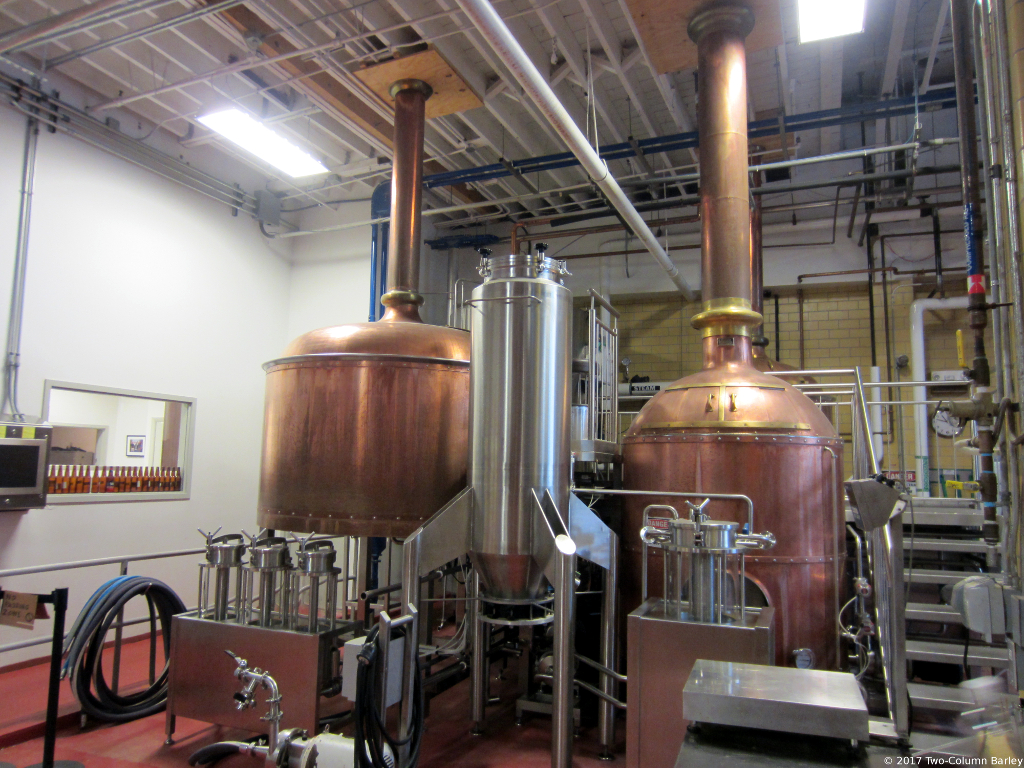 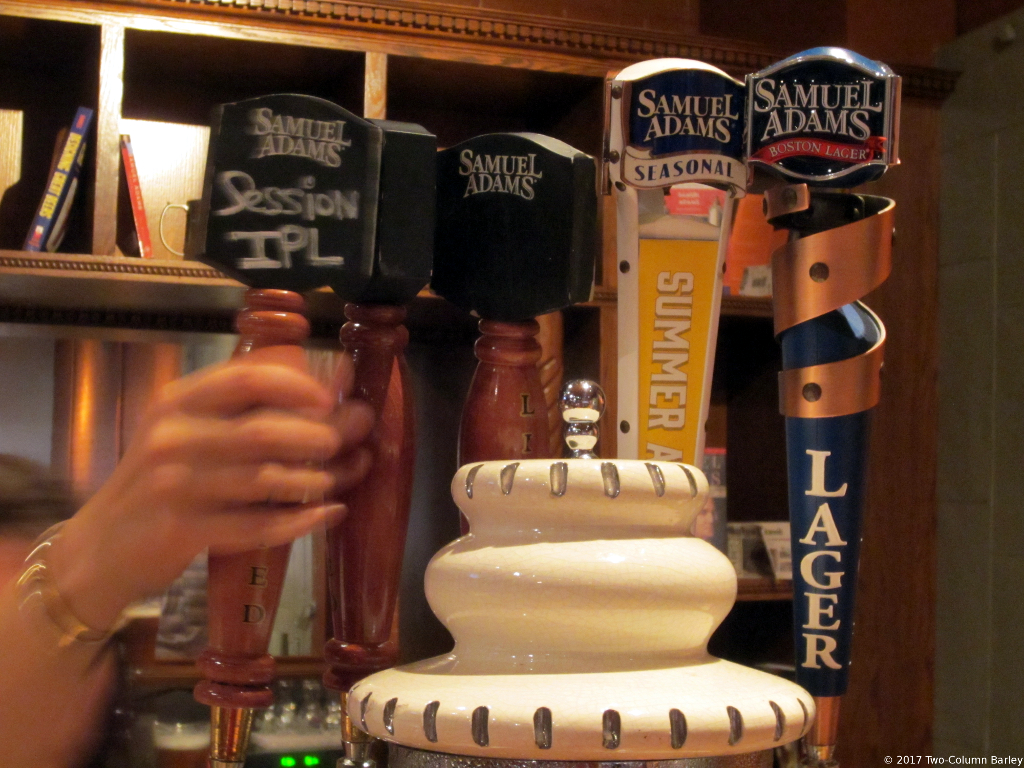 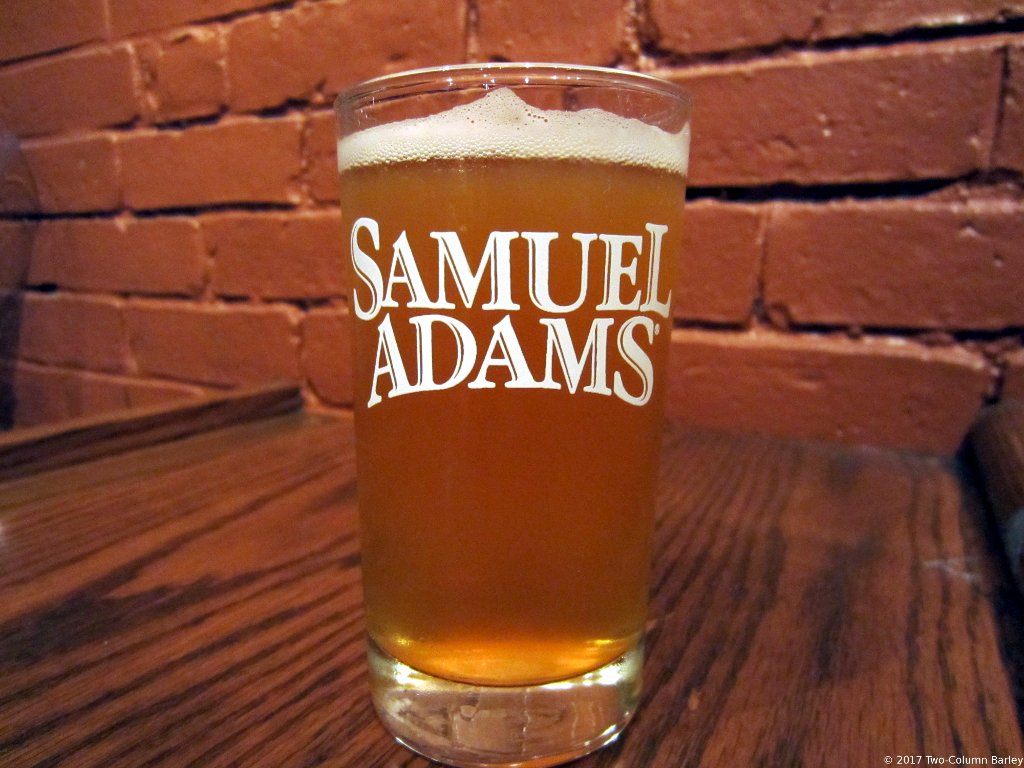 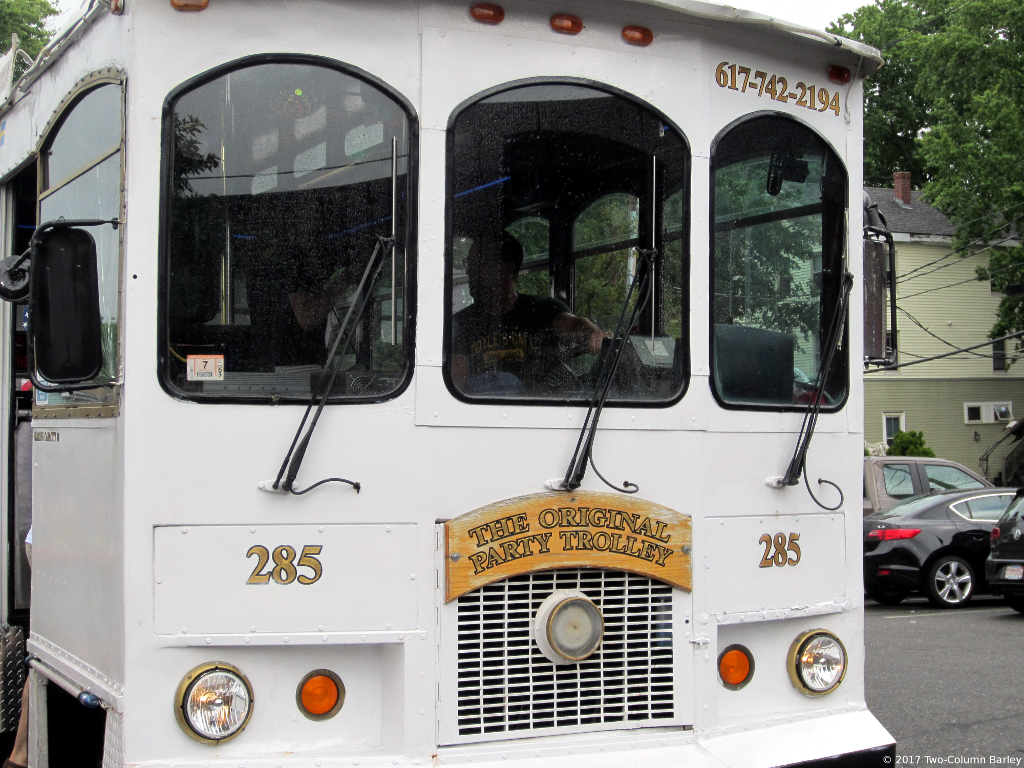 The tours at Boston Beer Company (often referred to simply as Sam Adams) are fun whether you know a little or alot about beer because they strike the right balance of information, interaction, and entertainment.

Before the tour began, we walked around the small entrance area to view the many awards that Boston Beer Company has won since the mid-80s along with historical items from Boston breweries of the 1800s (in fact Boston Beer Company is located in the old Haffenreffer Brewery complex circa 1870). The tour covered the typical topics like the four ingredients of beer and the difference between ales and lagers, but instead of just showing what malt and hops look like, the tour guide passed out samples of the two ingredients so the group could try the malt and rub the hops to release the lupulin (à la founder Jim Koch in this classic Sam Adams commercial).

The tour then moved to the brewing equipment and a basic explanation of the brewing process. If you’ve been on a brewery tour before this isn’t new information, but our guide was entertaining and the layout of the brewery really helped show the movement of ingredients from grist to fermentation. Our tour guide was not only funny, but they answered some specific brewing questions for us.

At the end of the tour the entire group was lead through a beer tasting where we sampled Boston Lager (which absolutely tastes best fresh at the brewery), a seasonal beer (Summer Ale), and an unreleased beer (Session IPL) that is still in product testing. With our free sampling glass in hand we exited through the gift shop, where limited release bottles and growler fills were available. The official tour was over, but the fun wasn’t, because there was one semi-official (and arguably the best) part left, the free party trolley to Doyle’s Cafe! If the Sam Adams tour guides are enthusiastic, the trolley driver is absolutely fanatical (in all the best ways). If you go on the Sam Adams tour, do not skip the party trolley. We’re going to Doyle’s!